More than 10,000 parents, family and friends joined College of the Desert as it celebrated its 2019 class of graduates during a record-breaking commencement ceremony held at the Indian Wells Tennis Garden Friday. The College conferred more than 1,576 degrees and certificates, a 50 percent increase over the last four years. 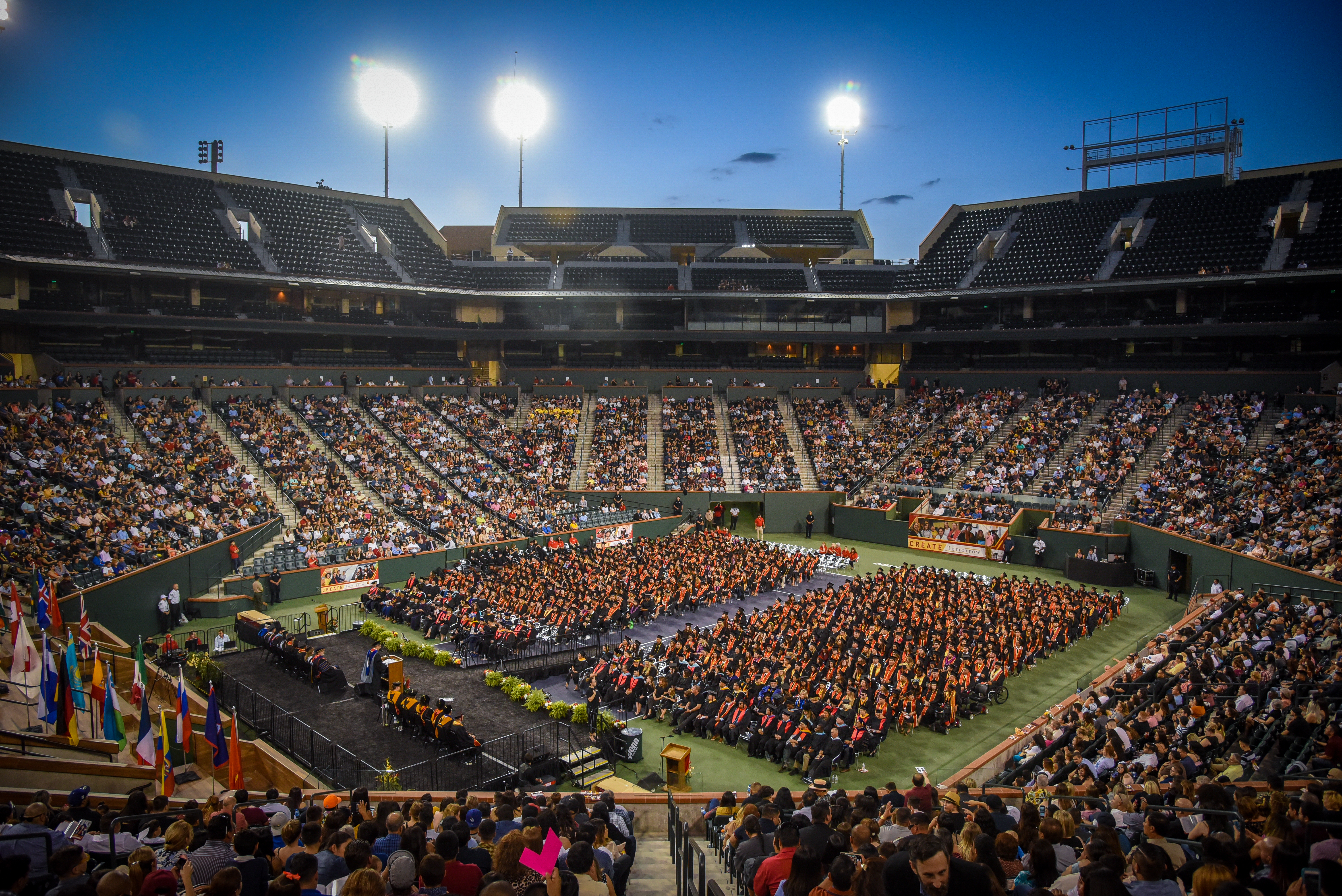 This is the first year the College held its commencement at the Indian Wells Tennis Garden, having outgrown its previous ceremony locations. Among the graduates this year are the first participants in the College’s award-winning plEDGE program.
“Access to education is a right, and it provides an opportunity for each one of us to create a better tomorrow. That is why in 2016 the College took a bold step, adopting the plEDGE program, guaranteeing free college to every graduating senior in the Coachella Valley,” said College Superintendent / President Joel L. Kinnamon.
Since its inception, the plEDGE program has removed financial barriers that keep some students from pursuing a higher education. In April 2019, College Trustees approved an extension of the program for 2020 high school graduates, marking its fourth consecutive year.
plEDGE participant and 2019 graduate Shane Tate thought he would never have the chance to attend college. Like many students, he faced multiple personal and financial obstacles; however, he found a welcoming and supportive community at College of the Desert.
“We are all going through our own journeys, struggles, and triumphs and when we are going through the abyss, it doesn’t mean we will remain there. I’ve learned that you always will remerge a stronger, better, and wiser person,” said Tate during his commencement address.
Finding success at College of the Desert, Tate became the founder and president of the first hip hop dance team and has served in a leadership role as a Student Ambassador. He will be transferring to Cal State Fullerton to pursue a Bachelors in Communications this fall.
Learn more about the plEDGE program.

College of the Desert Class of 2019: By the Numbers

42 Number of veterans graduating with certificate or degree

94 Percent of graduates from the Coachella Valley