College of the Desert will host Homecoming 2019 on Saturday, October 26, 2019 at 6 p.m. at the Boone Field Football Stadium at the Palm Desert Campus. Come cheer on the Roadrunners as they take on the Antelope Valley College Marauders.

This year’s event will feature a special halftime appearance by members of the 1979 College of the Desert football team, including quarterback Roman Gabriel III, who went on to play professional football with the Oakland Raiders and the United States Professional League in Boston. Several members of the championship team, including Gabriel have traveled across the country to be at the game.

The event is open to the public, with tickets ranging from $6-$10 for general admission tickets. Entry is free with student ID.

The night will be festive, featuring live entertainment, fan giveaways and more. 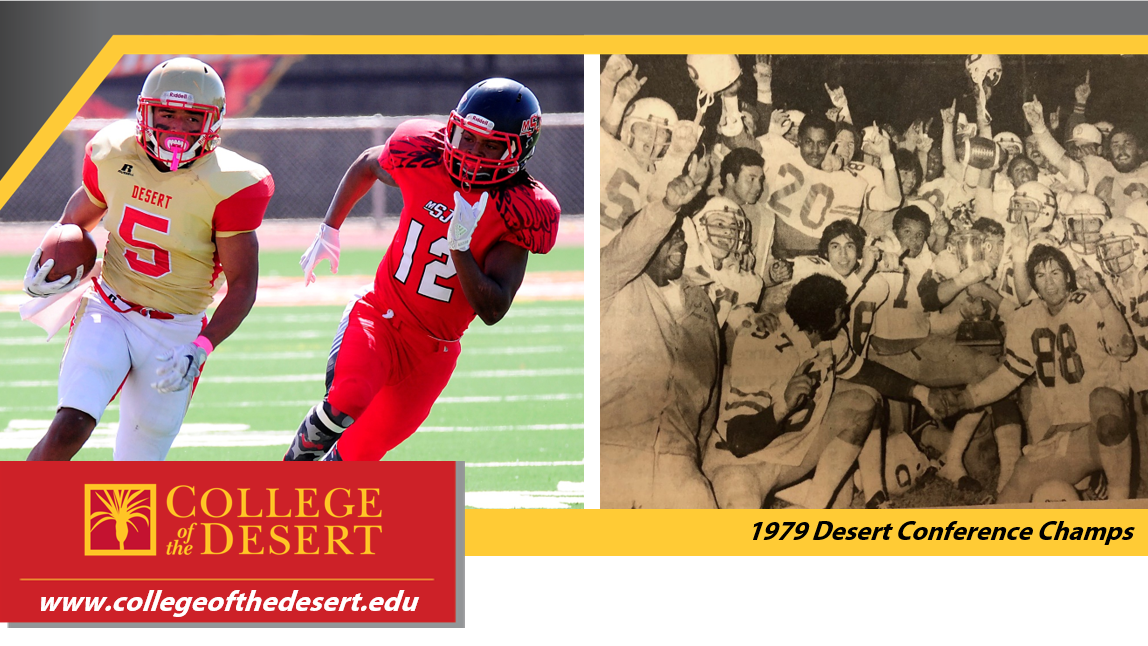