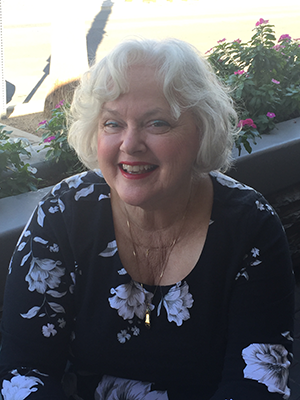 Lisa Ann Capozzi is a College of the Desert part-time Arts and Media instructor in Journalism, Mass Media and Radio and Television Broadcasting. Lisa started teaching in tandem with her film/TV career in Hollywood. She worked with inner-city grade school and middle school students, teaching them drama and playwriting on behalf of the East LA Classic Theatre. Other rewarding teaching experiences have included: Excelsior College Prep School in Pasadena, CA., Pre-marriage classes for the LA Catholic Archdiocese for 22 years, English at The University of South LA, and Los Angeles Valley College.

Lisa was the managing editor for Valley Scene Magazine in Los Angeles, and The Magazine of Santa Clarita and headed up the launch of the national SalonCentric magazine as the Editor-in-Chief. Reporting credits include a 3-year stint for KTTC-TV, an NBC affiliate where she also anchored the daily noon news. She also reported on the island of Kauai in Hawaii for The Garden Island and was a stringer for The Associated Press. The award-winning journalist holds a Bachelor of Arts in Journalism from the University of Minnesota and a Master of Arts in English, with an emphasis on fiction.

Some acting career highlights include six shows at The Ahmanson Theatre with the LA Opera, numerous TV shows, commercials, and films, including the TV pilot “Panache” playing an attorney, the sit-com “Mark’s Place” as Dottie, and a reporter in “Mighty Ducks”. In addition to principle acting, Lisa has worked her share of stand-in work for Kathy Bates, Melissa McCarthy, Rebel Wilson, and Louie Anderson.

She grew up in Edina, Minnesota, and currently resides in Beaumont with her husband and Maltese mini-poo, Kasper. Lisa’s hobbies include making jewelry, swimming, going to the movies, playing games with friends, and writing. She is the author of Spirit Connections, a collection of 47 true stories of people who’ve lost a loved one and had a visit from them and Marilyn Returns, a fiction novella.