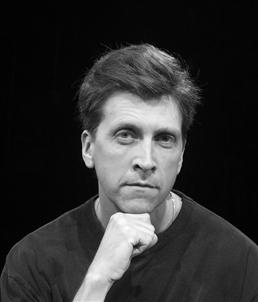 A member of the National Association of Teachers of Singing, Mark Almy has taught at University of Redlands, Riverside Community College, and California State University at San Bernardino.

After studying at the American Institute of Musical Studies in Graz, Austria, he made his European debut at the Opera of Toulon, France.

Almy has performed in productions with noted performers in both the classical and theater worlds, including Sherrill Milnes and Martha Raye, and has sung under the baton of conductors Kent Nagano, Julius Rudel, Ed Flath, Franz Vote, Karen Keltner, Stewart Robertson, and Jan Popper.

For College of the Desert he directed productions of Dido and Aeneus, Magic Flute, Marriage of Figaro, Old Maid and the Thief, Elixir of Love, Barber of Seville, La Sonnambula, Italian Girl in Algieri, La Boheme, Patience, Grand Duke, Cavalleria Rusticana, I Pagliacci, The Impressario, The Telephone, Serva Padrona, and Rent; as well as Amahl and the Night Visitors and La Traviata for California Opera Ballet. For this, as well as for other work locally, Almy has received 18 Desert Theatre League awards over the years, including the Michael Grossman award in recognition of dedication to the craft of theater production.

As a Teaching Artist with the McCallum Theater Institute in Palm Desert, California, Mark creates and facilitates workshops in Aesthetic Education throughout the Coachella Valley school systems and helps guide other Teaching Artists in their development.

As a consultant for Lincoln Center Institute in New York he facilitated projects in Syracuse, Long Island, Buffalo, Santa Fe, Hong Kong, Manitoba, and Seoul, Korea from 2005 through 2011.