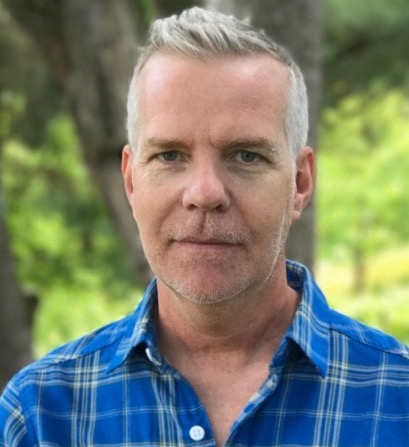 Mark Christopher works as a writer/director in the US, Europe and Brazil. He was the creator/executive producer of Real Life: The Musical on the Oprah Winfrey Network, and has written pilots for CBS, Fox, MTV, Sony and Warner Bros among others. Christopher’s first feature as writer/director was 54, set at New York’s famed Studio 54 and starring Ryan Phillippe, Mike Myers, Salma Hayek and Mark Ruffalo. The film was famously gutted by Harvey Weinstein during post-production, but after 17 years and much legal wrangling, Christopher and producer Jonathan King premiered the restored 54: The Director’s Cut at the Berlinale to celebratory reviews and a new life in worldwide release.

Christopher’s current projects are the musical dramedy Shut Up and Sing! with Starlings Television, the original stage musical Mid-Century Moderns, currently in virtual workshop, and the feature film Sara with Bionaut, a Czech/German thriller set in Berlin. His award-winning short films The Dead Boys Club, Alkali Iowa, and Heartland have screened at the Museum of Modern Art and numerous international film festivals, including the Berlinale where Alkali won the Teddy Award. His work has been profiled in The New York Times, The Guardian, Variety, The Wall Street Journal, Art Forum, and Vanity Fair. His Portuguese is fluent, and he can muddle his way through several other languages.