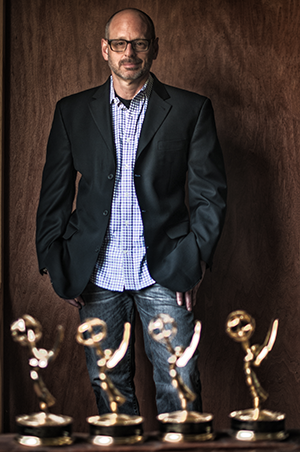 He’s the former 7-time Lone Star Emmy award-winning play-by-play broadcaster for the Dallas Stars. He left the full-ti​me NHL booth to pursue other opportunities in 2015 after 25 seasons with the Stars.

He continues to work NHL games for Westwood One and NHL International, calling the NHL’s 2019 Global Series Challenge in Europe, the 2018 Olympic Men’s and Women’s Hockey, the NHL Centennial Classic, Winter ​Classics and Stadium Series games and Stanley Cup playoff games. Ralph filled in as play-by-play man for the final 3 months of the 2016-17 season for the LA Kings on Fox Sports West.

Ralph is a winner of the 2019 Desert Theater League Award for Best Actor in a Drama for his portrayal of Otto Frank in Diary of Anne Frank at Palm Canyon Theater in Palm Springs, he is also a national award-winning contributing op-ed columnist for the Dallas Morning News, he published his first novel, “Saving Lenny Franks”, in 2017, and his podcast, “The Priest & The Pragmatist” is available on iTunes.